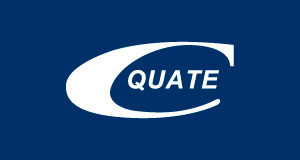 Eurocytology was originally developed with EU Leonardo funding in the 2005–2007 call through a partnership lead by Imperial College London (Roberto Dina,  Dulcie Coleman, Fabrizio Corsi, Joshua Poznansky) with Inbrooks Ltd as the project Administrator, (Alan Badger) Interfase Srl (Ruggero Bonora and Matteo Capitanio) as its IT developer, Karolinska Insititutet and Hospital (Arrigo Capitanio, Gareth Morgan) and the Italian (Arrigo Bondi), Hungarian (Laszlo Vass) and Polish (W. Olszevski and W. Domagala) Cytology Societies. Its success significantly exceeded expectations. It quickly became the most used cytology e-learning training platform on the web. The platform was originally available in six languages (English, Spanish, Italian, Greek, Polish and Hungarian) and offered courses in gynaecological and non-gynaecological cytology with static images in the text and a selection of virtual slides. After few years from the original grant it was felt that the IT architecture had to be implemented from a static to a dynamic format, allowing easier updates and new tools. In addition further translations and updates of the courses were devised.

New courses have been offered on  cervical cytology (Amanda Herbert) immunocytochemistry (Susan Van Noorden), paediatric cytology (Helena Barroca), ROSE (Leonie Glinski) while a course on molecular techniques in cytology (Fernando Schmitt) is also planned. More virtual slides are now available and by end 2019 all courses will  host a virtual slides library with self assessment tests.. More EU countries wish to become involved, with their own training priorities and curricula and the whole training platform will be expanded to reflect their particular professional and competence requirements (QUATE).

EFCS, our European Federation, is looking to the website to provide the platform for a European recognised accredited professional training programme; particularly as the European Union of Medical Specialists (UEMS) in Oct 2012 ratified that sector training must follow an approved curriculum with individual nations regularly assessed and national variations approved.

The Editorial Board includes all the current and previous partners of the project.

From Spring 2019 Arrigo  Capitanio (Lynkoeping University Hospital - Sweden) is the new Lead for the Eurocytology Project.